Testing 'In the Media' page

It’s one of six manufacturing sectors the federal government acknowledges as holding “comparative advantage and strategic importance,” and it’s seeing unprecedented levels of investment around the world. Brent Balinski looks at the promise of clean technology.

Whether or not the federal government adopts a formal goal of net-zero greenhouse gas emissions by 2050, the private sector seems convinced of the need to decarbonise and the financial benefits attached to doing so. 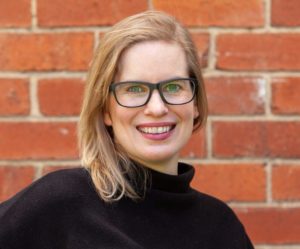 And official net zero target by 2050 — adopted by over 110 countries at the last count — aside, significant government support is being given in Australia to clean technology.

Last week the NSW government pledged $750 million aimed at cutting the state’s emissions by 35 per cent by the end of the decade. And the federal government is expected to open grants for Recycling & Clean Energy (one of six acknowledged National Manufacturing Priorities) projects under its $1.3 billion Modern Manufacturing Initiative within weeks.

“Both [are] strong signs that Australian governments now recognise the immense potential for a zero-emissions economy to repower Australian manufacturing and create good jobs in our regions,” according to Heidi Lee, CEO of advocacy group Beyond Zero Emissions.

The value of cutting emissions is not lost on venture capital and other investors. PwC’s The State of Climate Tech 2020, released in September, looked at investment in relevant startups and concluded that things are different to the “clean tech” investment boom of the 2000s and its subsequent bust. While there is more regulatory encouragement to lower GHGs nowadays, there is also much, much more of both private investment and (importantly) market demand for products. (The PwC report draws a distinction between “clean tech” and “climate tech”. We do not for the purposes of this article.)

The State… counts 43 “unicorn” (worth over $US 1 billion) companies globally such as Tesla and Beyond Meat and $US 60 billion invested, almost half of it in North American companies. Investment is up 3,750 per cent between 2013 and 2019 (with an 84 per cent compound annual growth rate.) 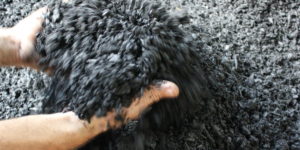 “I think [pyrolysis is] going to be huge, because we’ve got such a capacity to store carbon in our carbon depleted soils” — Ross George (Picture: Pyrocal)

He identifies these as the cost of creating solutions lowering due to technological maturity; demand from consumers, corporates and institutional investors that ESG (environmental, social, and corporate governance) be embedded in products; the “rampant desire of startup founders and employees to build companies” with a positive impact; and the challenge of “matching the output of renewables in the day and the demand/consumption of energy in the evenings.”

Making for a global market

Main Sequence has backed two clean energy companies so far, neither of which has been announced by name. Zimmerman says they are particularly excited about two things: the market pull for sustainably grown and made “low carbon” food and packaging, and the potential in developing green hydrogen-powered products (for example electrolysers and storage.)

“In both of those cases we have the entire supply chain and decent size markets here in Australia so we think we will see great Australian made companies that can deliver value to an initial local market before going offshore,” Zimmerman tells @AuManufacturing. 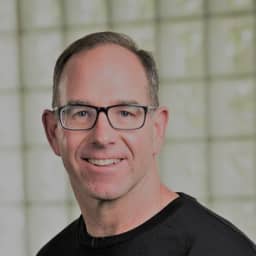 “…we have the entire supply chain and decent size markets here in Australia so we think we will see great Australian made companies that can deliver value to an initial local market before going offshore,” believes Mike Zimmerman

“Due to Australia’s size, relatively low population and the fact that we are an Island, we sit in a position where we have to solve the challenges associated with the transition to a low carbon future before many others,” Bradley tells @AuManufacturing.

Citing global political support and market demand, Bradley says clean technology should be “the largest growth sector in decades” for the nation if approached correctly.

“Historically we have developed some great technologies and then moved the manufacture offshore,” he says, acknowledging the difficulty of the problem.

“Australia also has some great natural resources for energy storage and renewable production here in Australia. We need to retain the ‘value add’ here.”

Geelong engineering firm Austeng is uniquely placed to comment on the issue.

It is an Australian SME adopting sustainable technology. According to its owners it uses roughly net zero power over a 12-month period after installation of a solar array (exporting slightly in the summer and exporting slightly in the winter.) It is partway through replacing its fleet with electric vehicles. It is also helping some of its customers — which range from crematoria to manufacturers — convert to more environmentally benign ways of generating heat and energy.

On top of that, Austeng is also a tech enabler, with an equity stake in and manufacturing partnerships with a handful of startups working in the sustainability sector, including heat engine company Capricorn Power.

“All of those opportunities are coming up and there’s awareness there in both people coming up with ideas and support from [their] customers,” says Managing Director Ross George, who owns and runs Austeng with his wife Lyn.

“For a company like us it’s a huge opportunity — ‘Austeng, come and develop this for us’ — and we’re talking with a couple of the pyrolysis companies at the minute… And I think that’s going to be huge, because we’ve got such a capacity to store carbon in our carbon depleted soils [through biochar.]”

Another assessment of the potential value of clean energy for Australian manufacturers comes from BZE. The organisation released its Million Jobs Plan report in June last year. This estimated  215,000 manufacturing jobs (with 70 per cent in regional locations) could be created through growing local renewable energy-powered activity in metals, hydrogen, chemicals and electric mining equipment over the next five years.

It is currently collecting expressions of interest, hoping to demonstrate a demand for Renewable Energy Industrial Precincts in NSW’s Hunter and Queensland’s Gladstone region. 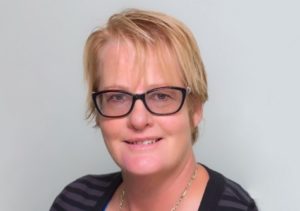 “Some of Australia’s most exciting and innovative manufacturing and technology companies — including Molycop, Ampcontrol and MGA Thermal — have already given support for a Hunter-based precinct, which will be powered by 100 per cent renewable energy,” Lee tells us.

There is no “silver bullet” solution to the decarbonisation imperative, Austeng’s owners agree.

It’s a complex issue, cutting across a variety of industries, and impacting stakeholders at a variety of levels.

“I think that the whole conversation about the importance of renewable economy and the circular economy and investing in renewables and reducing carbon emissions has really undertaken a paradigm shift over the last few years,” offers Lyn George, Corporate Director at Austeng and Chair of the Geelong Manufacturing Council.

“And it potentially does create so many opportunities for Australian manufacturers. It just takes a little bit of collaboration between all parties: government, universities and manufacturers, to be able to identify what the best opportunities are and work together on them.”

Next Monday @AuManufacturing will look at the potential surrounding the “recycling” part of Clean Tech & Recycling.